Skip to content
Would You Use A Flying Taxi?

Would You Use A Flying Taxi?

What a month with the announcement of Uber planning to launch a flying taxi service in Melbourne – but with a human pilot! 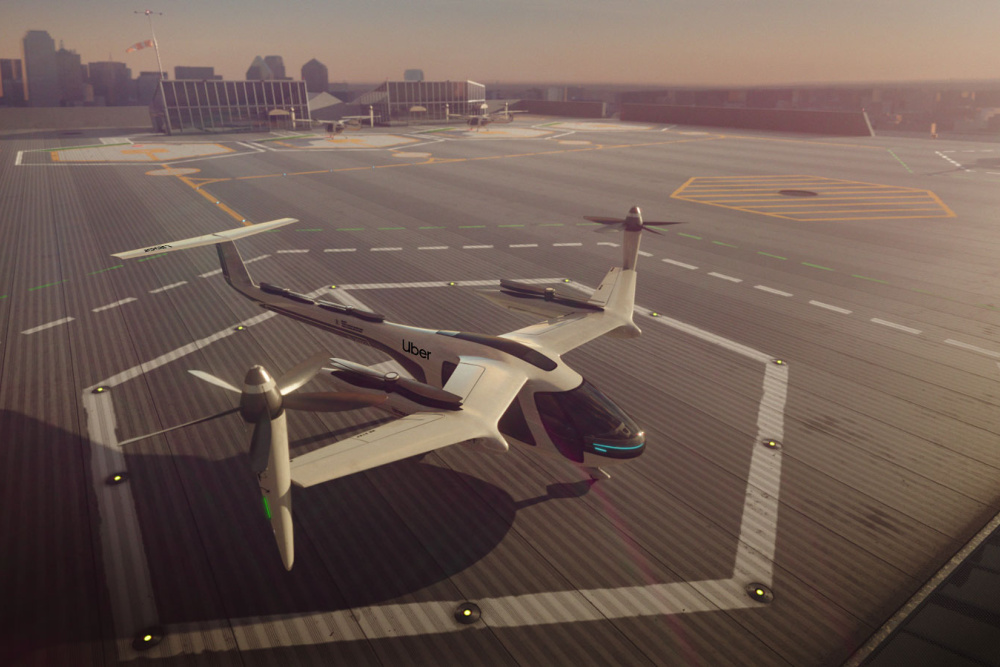 I believe this is an important development: a) it shows the technology is here and will be part of our lives in the near future, but also b) that there are issues that we need to consider like our privacy, human error and logistics.

Uber is making Back to the Future’s ambitious vision of flying cars a reality, albeit five years later than Marty McFly’s 2015 visit. Booking a flight is expected to be as simple as booking other ridesharing vehicles through the Uber app. Passengers will travel in “quiet” electric aircraft that look like helicopter-airplane hybrids that can take-off and land vertically from designated landing pads called “Skyports”. One of the prototype aircraft shown in the recent Uber announcement is designed to accommodate the pilot plus four passengers and will operate on rechargeable batteries that are expected to use 90% less energy than standard helicopters and produce no direct emissions.

In a recent ABC News interview, the regional general manager of Uber Eats, Jodie Auster, conceded the days of pilotless flight were a long way off. “There’s a lot of work to do. An urban ridesharing network in the sky does not happen overnight. It’s going to take some time,” she said.

In an interview with SmallCaps, Uber Elevate said its vision wasn’t to entirely replace ground travel options but to supplement some of the most congested routes in a city with a flight portion. “Let’s say a car or a bike or some other form of transport takes you to what we call our Skyports, you would then fly five or 10 minutes over the most congested part of your journey and when you land there would be another form of transportation to take you to your final destination,” Uber Elevate operations and logistic manager Amy Liu said.

Why is Melbourne so lucky? The selection of Melbourne as one of the trial cities places Australia ahead of other planned launches in Brazil, France, India and Japan. Uber regional general manager for Australia, New Zealand and North Asia, Susan Anderson, said Australian governments have adopted a “forward-looking approach to ridesharing and future transport technology”. Now that is exciting news for Australia!

Whilst Uber’s announcement of the forthcoming Melbourne flying taxi trials is certainly newsworthy, they are far from the only company that’s in this space.

For example, Chinese drone manufacturer Ehang has been working on its Ehang 184, a quadcopter passenger drone, for a couple of years now. In fact, I saw an early prototype of this all the way back in Jan 2017 at the Consumer Electronics Show (CES).

Volocopter is another early player, and in 2017 autonomously transported Dubai’s Crown Prince Sheikh Hamdan bin Mohammed 200 meters into the air for five minutes. In an interesting development, Volocopter released a white paper earlier this month stating that “the Volocopter has been designed to have two seats. Initially, one will be occupied by a pilot, which enables 70% of typical short distance trips to be serviced. In a second step, as autonomy-enabled solutions become viable, two passenger seats will become available, enabling the Volocopter to perform the vast majority of the urban air taxi missions.”

One of the latest trends here is that some of the flying taxi companies (such as Uber and Volocopter) are moving towards using a human pilot – at least in their initial rollouts – while others appear to be continuing down a fully autonomous path.

With all the talk of flying taxis, it’s relevant to consider that even experienced helicopter pilots can crash their vehicles, as described in this sad incident in Manhattan, which happened on 11 June. I can’t help but wonder if this crash is behind some of the recent announcements about using human pilots for flying taxi trials.

The Future of Transportation is a topic I will be keeping a very close eye on. So stay tuned for more news over the coming months!

About the author: Shara Evans is recognized as one of the world’s top female futurists. She’s a media commentator, strategy adviser, keynote speaker and thought leader, as well as the Founder and CEO of Market Clarity.

LOOKING FOR A DYNAMIC SPEAKER?

Get in touch now to check Shara’s availability to speak at your next event. Shara works closely with her clients to ensure all her presentations are tailored to your event – ensuring maximum impact for your business.